And you thought your kids were overachievers. Meet Jordan and Rachel Zietz. At an age when business is the furthest thing from most teens’ minds, these Boca Raton siblings are shooting to become captains of industry before adulthood.

Rachel, 14, has already started her own business selling lacrosse equipment.

And 13-year-old Jordan is well on his way: He’ll be practicing his “floor pitch” Friday as the hometown representative taking part in the Young Entrepreneurs Academy Competition (YEA!) Southeast Regional at Florida Atlantic University.

Jordan, a seventh-grader who attends the Pinecrest School’s Boca Raton campus, is an avid gamer developing a business plan for a video game console rental company called Game Reef. His was one of 29 pitches chosen from throughout the Southeast, all submitted by enterprising 11- to 18-year-olds.

“Game Reef solves the age-old problem: Xbox or PlayStation. People have been torn for years, which console should I buy? Now, you can have both!” Zietz said. 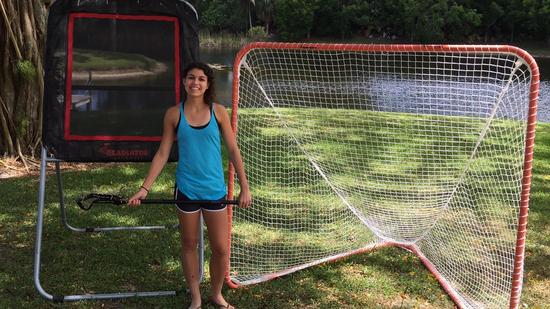 The Boca Raton Chamber of Commerce runs the Young Entrepreneurs Academy, and for the second straight year, the city has been selected to host the event. It’s one of three semifinal competitions being held nationwide.

“Boca Raton has a rich tradition of entrepreneurialism — beginning with the creation of the personal computer when IBM headquarters was located here,” said Boca Chamber of Commerce President Troy McLellan. “So it was a natural decision for us to host the regional competition.”

McLellan says it fits in the chamber’s mission to promote and sustain economic prosperity in Boca for businesspeople of all ages.

“We are excited to showcase Boca as a community to be one where entrepreneurs want to do business.”

Winners are competing for cash to fund their projects as well as college scholarships cash ranging from $25,000 to $50,000 and a chance to be on the TV show “Shark Tank.”

Judges include representatives from FAU’s business school and the U.S. Chamber of Commerce, as well as companies such as Office Depot, Florida Power & Light and Sam’s Club. Winners will be chosen based on their presentation skills and their business’s longterm viability. 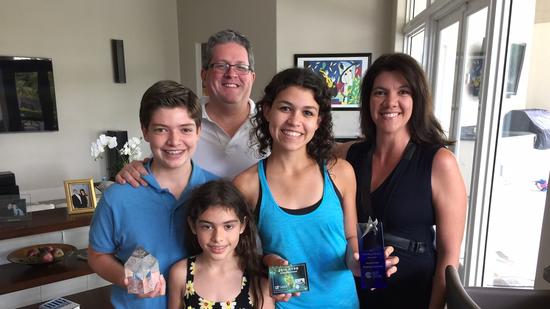 For motivation, Jordan needs to look no further than his own older sister.

“Being a lacrosse player myself, I was constantly frustrated by the products on the market.” she said. “For me, if there’s a problem, there’s also an opportunity.”

That opportunity presented itself after she took a 33-week course at The Young Entrepreneur’s Academy two years ago.

She also entered the competition and although she didn’t win the grand prize, Rachel was able to raise $2,700 toward starting her own business.

Gladiator Lacrosse has already been exceeding goals, both on the field and in the market, she said. “We did $200,000 in revenue last year and are pace to do $1 million this year,” she boasts.

“The kids see how hard we both have worked,” said Sheila Zietz. “We lead by example and they see the rewards that come from hard work.”

The Zietzes also have a 9-year-old girl named Morgan. But unlike her siblings, she says she’s in no rush to start her own business.

“Everyone keeps asking me what I want to do. But, I just haven’t found the right business yet.”

The Young Entrepreneurs Academy competition takes place at 3:30 p.m. Friday at FAU’s Sean Stein Pavilion and is free and open to the public. The top two student businesses from each of the regional competitions will be flown to D.C. to compete in the finals round.

Nothing But Net: See How 14-Year-Old Rachel Zietz Built a Company from her Love of Lacrosse

Rachel Zietz was only 13 when she founded her company, Gladiator Lacrosse, and started making…

For high-school freshman Rachel Zietz, landing a spot on the varsity lacrosse team was a…

Intuit and QuickBooks are registered trademarks of Intuit Inc. The Clover trademark and logo are owned by Clover Network, Inc., a First Data company. All other trademarks, service marks and trade names referenced in this material are the property of their respective owners.